by apuginthekitchen on January 1, 2017

Happy New Year Everyone.  On the first day of 2017 I wanted to do something special, not only are we starting a brand new year but this is my 5th year of blogging, in a few days will be the anniversary of A Pug In The Kitchen. Last year for my anniversary post I invited Teagan of Teagan’s Books to guest post and I had so much fun doing it I decided I would ask her again to collaborate with me. Teagans books are special, she takes me to a happy place with characters that come to life, mystical, magickal and a little bit of the supernatural are woven into stories that are so beautiful I honestly can’t and don’t want to stop reading. Whether it’s her amazing serials or a novel she never disappoints.  Teagan graciously penned this snippet with one of my favorite characters, Pip a flapper from the 1920’s. In doing some research of food in that era, citrus, specifically lemons were very popular so thats what we did, incorporated lemons not only into this delightful snipppet but also into a recipe for a lemony dessert.  I found a recipe for a lemon pound cake from the 1920’s that was served at the Ritz Carlton Hotel in their tea room. The cake was a disaster, it stuck to the bottom of the pan and didn’t come out in one piece,  but I didn’t let that deter me, I managed to salvage the cake, turning it upside down (the top of the bundt cake was missing) and serving it with a lemon sauce, like a lemon pudding cake, sort of.  I hope you all enjoy what Teagan has written for us all and again wishing all of you a joyous, healthy, happy and prosperous 2017. Take it away Teagan.

It had been a grand and glorious year.  However, it pos-i-lute-ly had ups and downs.  At that moment I was in one of the downs.  Even the long distance telephone call from my best friend Mona failed (miserably I might add) to cheer me.  She might not be sure where she wanted her future to go, but at least it was going somewhere.  All my friends were moving forward, going somewhere.  Me?  It didn’t look like I would ever get anywhere.

Not only was I going nowhere, I seemed to be going there all by myself.  Worse, it was Christmastime.  Even my Pops suddenly had to go up north on business.  I offered to go and keep him company…  Okay, so I begged.

“Young ladies have no place at business meetings,” he told me in the stern, no nonsense voice that meant I wouldn’t get anywhere with my plea.

Idly, I looked at the lace covered table, lemons artfully arranged as a centerpiece.  I took one of the tangy fruits, tossed it in the air and caught it.  I pondered as I tossed the lemon.

What would any self-respecting flapper do in such a situation?  Refuse to be a sourpuss, that’s what a flapper would do!

I decided as I tossed the lemon.  If all I had for Christmas was lemons, then I’d make lemonade — so to speak, especially after I found the bottle of hooch Pops had squirreled away.  I would have rather had the champagne I knew he hid some place, but that had been ages ago and I couldn’t remember where I saw it.

Gin will do just fine, I told myself.

Suddenly inspired, I gave the yellow fruit a final toss.  I went to the shoebox that held Granny’s recipes.  She had given me instructions for all sorts of citrus treats, and I was a sourpuss with a sweet tooth. 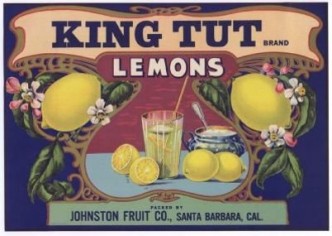 A little while later I was cleaning up the kitchen as it filled with citrusy baking aromas.  Just as I picked up the remains of my lemons, a loud knock pounded at the front door.  It startled me so badly that I ran to the door with barely a wipe to my juice drenched hands.

“Delivery!” the words came with another thunderous knock.

I threw open the door and the cool December air hit my face.  It was downright brisk, for Florida anyway.  There was a truck in the driveway and a young man with a name embroidered on his jacket — Ronny.  I took the package, barely looking at the guy who handed it to me.  My hands tore at the twine excitedly, even before I went inside.  Meanwhile Ronny the delivery man wrote something on the receipt clamped to his clipboard.

There was a card inside the package from my friend Mona.  The front of it said “I’m sorry you’re alone at Christmas.”  Hurriedly I stuck the edge of the note between my teeth and tucked the package under my arm so I could take the clipboard and sign the form.

Only then did I notice what a cutie the guy was.  He tilted his head all the way to his shoulder and read aloud the note while I signed.  As soon as I heard him speak the words, I blushed scarlet.  To make matters worse, he made a sympathetic aww sound that made me feel like a six year-old.

In my flustered flurry of motions, taking the note from my teeth, trying to stick it back in the package, and pushing my hair back… wouldn’t you know I touched a lemon coated finger to my face.  I yelped as the citrus stung my eyes.  It made tears stream down my cheeks.

The guy sounded guilty when he pleaded to know what the matter was, as if he had caused it.  The only word I could manage to utter was, “Lemons!”

He pulled my hand away from my face and lightly sniffed it.  He gave a little chuckle that made me want to bean him.

“Yep, that’s lemons all right.  For a minute there I was afraid you got bad news,” he commented.  “But I guess being alone on Christmas Eve is bad enough.”

For some reason his comment made me lose my composure.  I burst out in real tears and sobs, no longer caused by the stinging citrus.  I plopped down on the porch and sat there with the package in my lap.  This upset poor Ronny.  He started blabbering apologies, clearly unsure of why he was asking for forgiveness.

“Look sweet cakes, you’re my last delivery.  Let me help you wash your face and get rid of that lemon juice before you put your fingers in your eyes again,” he offered in a contrite voice.

I insisted that it was okay, and with a sniffle, silenced my sobs.  Too embarrassed to look at him I turned my attention back to Mona’s gift.  Her card had fallen, but Ronny picked it up and handed it to me.  I took it from him and with a deep breath I spoke the words that humiliated me a moment before.

“I’m sorry you’re alone at Christmas,” I read the elegant script on the outside, and then opened the card.  “So you’ll just have to make your own party.” 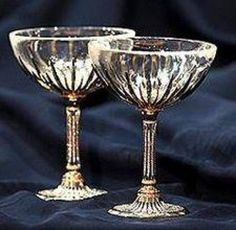 What?  Digging through the packing paper I found two sparkling etched crystal goblets.  I held up one of the glasses to watch the light play on it.  I looked at Ronny, feeling utterly bemused.  He returned my gaze with a twinkle in eyes that I suddenly noticed were a heavenly shade of blue.

Ronny picked up the other empty glass and playfully tapped it against the one I held.  I suddenly remembered where Pops hid the bubbly.

No part of this book may be reproduced, scanned, or distributed in any printed or electronic form without permission.  Please do not participate in or encourage piracy of copyrighted materials in violation of the author’s rights.

All images are either the property of the author or from Pinterest unless stated otherwise.

when life gives you lemons…

You can use homemade cake or just go buy Sara Lee Pound Cake for this. The star is really this pucker worthy lemony sauce served over the cake. It couldn’t be easier to make and has only a few ingredients.

Adapted from a recipe on Epicurious

Whisk sugar and cornstarch in heavy bottom non reactive saucepan, add the water and cook over medium high heat until mixture thickens and starts to boil, add the lemon juice and zest and continue cooking until it comes to a boil again and immediately remove from the heat, add the butter and whisk until combined. Refrigerate until slightly thickened and serve. It can be made a day ahead just bring to room temperature before serving.

Did Ronny join Pip, I think so?