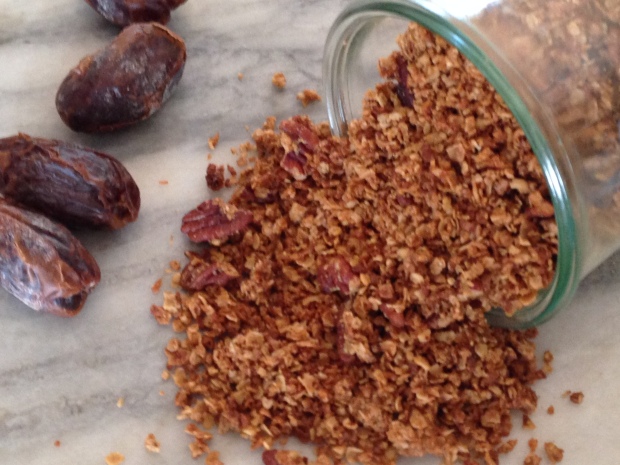 I received my Spring Box of Mary’s Secret Ingredient from the lovely Mary Frances at Love the Secret Ingredient a while ago, my intention was to write a post about it and use the ingredients in a recipe and do that right away, Shortly after I received my box I started working for a different company, that has taken up a lot of my time and energy and I also became sick and had to alter my diet significantly. Any food I have made I have had to give away with only a tiny taste for me to check on seasoning. Included in my box were some really fantastic items:

I decided to use the ginger infused honey to make some granola and it is probably the best granola I have ever had. It’s my own recipe and have posted it here before with a few minor changes. The boney is incredibly delicious and very gingery (is that a word???) Well anyway it really tastes and smells like fresh ginger and drizzling on the granola before you bake infuses the flavor into some of it, so it’s like a surprise in every bite.

NOTE: The amounts are approximate, I don’t measure when I make granola.

Makes a lot of granola

Pour all ingredients except ginger infused honey into large mixing bowl and stir to combine. Pre heat oven to 300 degree’s. Spread onto sheet pan and drizzle with the ginger infused honey. Bake stirring occasionally until golden brown. It takes about 30-40 minutes. Let cool on pan and then transfer to air tight container for storage. 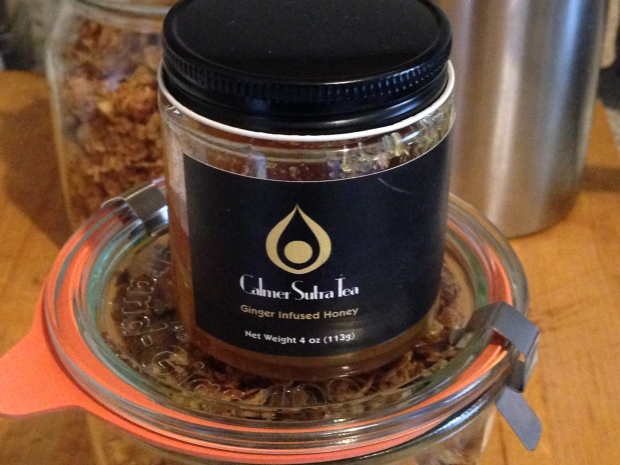